We are excited to reveal the new 2018 Hero Cards! 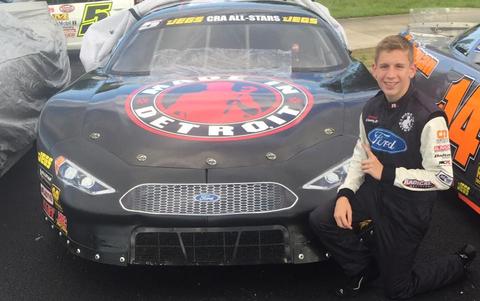 Last weekend at Salem Speedway we started on the Pole. We ran 2nd and 3rd and then ended up getting turned with 3 to go and finished P6.  A big Thank You to Dalton Industries and our crew for all the hard work! 06/20/2017 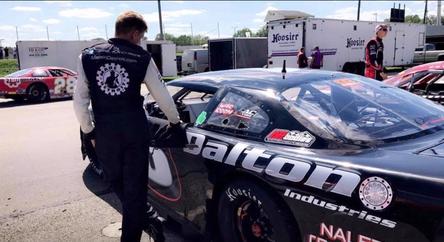 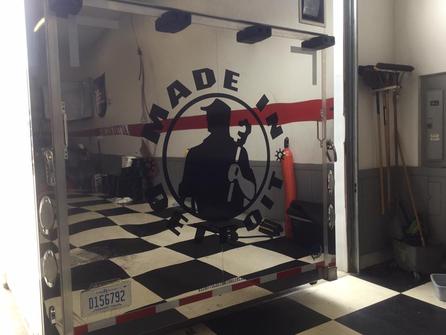 Michael took his first win in the Jegs Challenge race this past Saturday May 14, 2016 at the I-44 Speedway in Lebanon ! A big Thank You to the crew and all of our Sponsors!

The  banquet officially closed the 2017 race season. We finished second in the championship and our crew chief Jimmy won the most dedicated award. A true testimonial to how hard he works to give us fast race cars. Can’t thank our guys enough for their hard work and dedication.  Can't wait to see what 2018 has in store for us. 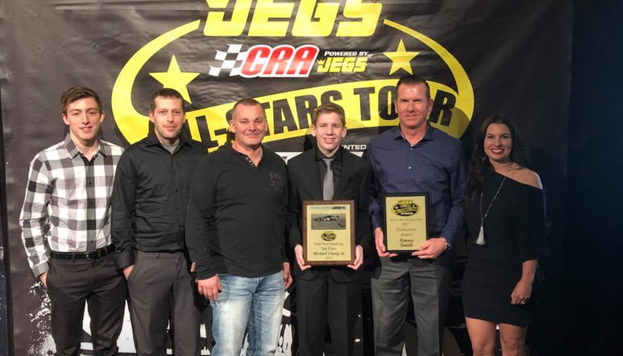 Speedweeks was a success! Despite getting caught up in a wreck on the first night , Michael finished the week qualifying  and finishing the race in  eighth place.  The overall point standing was 10th.  On Thursday night we had the PPG 100 lap race, in which Michael won the Hard Charger Award from Miller Welders! He was given a $500 gift certificate for passing the most cars from them! A big Thank You to Miller Welders for all your support!

We would also like to give a great big Thank You to all those who watched from their computers or came down and supported Michael! 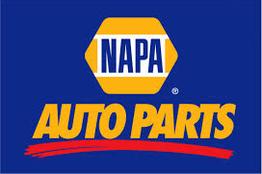 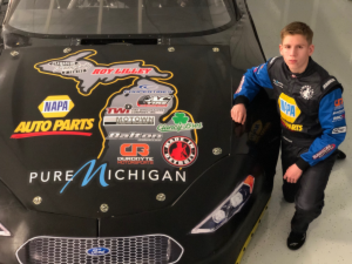 BREAKING NEWS!!! Michael Clancy Jr and Michael Clancy Racing signs with Made In Detroit! We couldn't be happier to be affiliated with such a great company. It feels good to take "Made In Detroit" on the road with us and around the nation to represent where it all began in the Motor City! www.madeindetroit.com 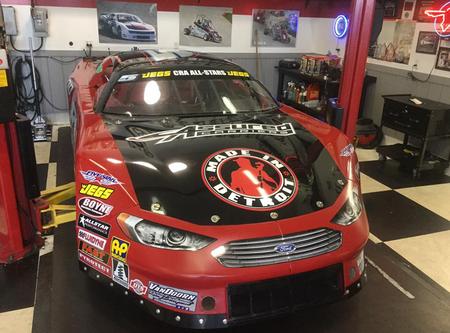 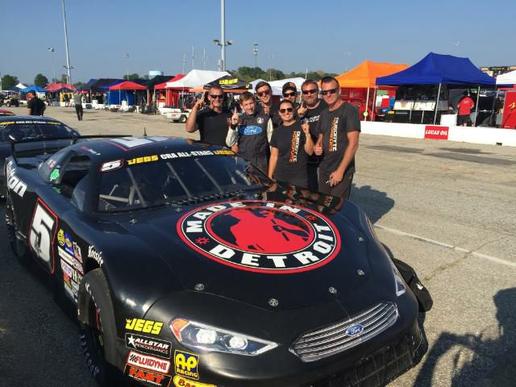 ​​2017 season has come to an end. We finished 2nd in the Jegs All Star Tour Championship!

First I would like to congratulate Jack Dossey III on his championship.

Second I would like to thank my sponsors Dalton Industries, Made In Detroit (Official Brand Clothing), Ilmor Engineering and A-C Tire & Service Center.  Without their support this could not happen.

Third, my crew.  Jimmy (my crew chief and mentor),  Amanda (manager of all),  Brian(car chief and my send off buddy, I never leave with out him) Dillon (mechanic leaving no stone unturned),  Jesse (Tire man who assures me it will stick)  Bill (truck driver who teaches me more than I want to know)  Steve (truck driver aka Bristol Man!)  and last but not least Murray(race team owner, the man that gives us whatever it takes for success).

Last I want to thank my family, without you none of this would be possible.

So look out 2018, we are coming back stronger and faster! 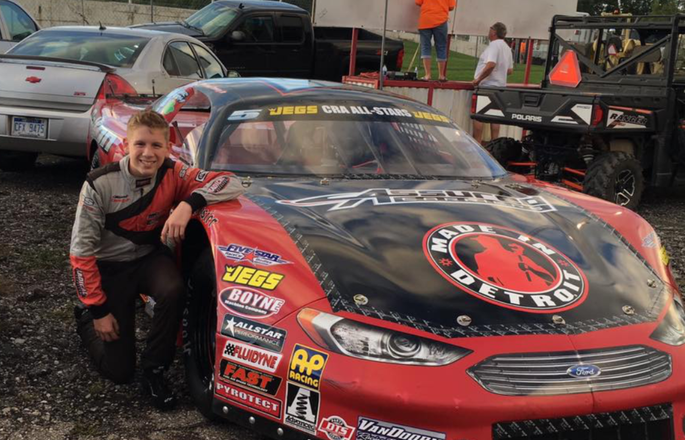 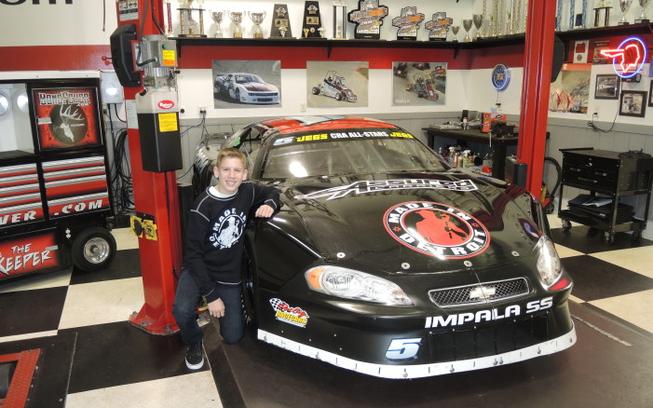 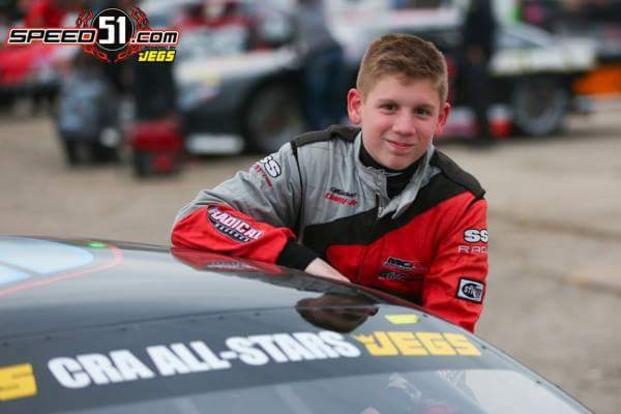 We are very excited to announce Michael Clancy Jr. has signed with DuroByte Motorsports for the 2017 racing season! 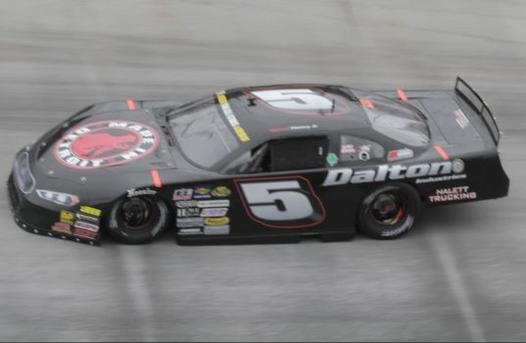 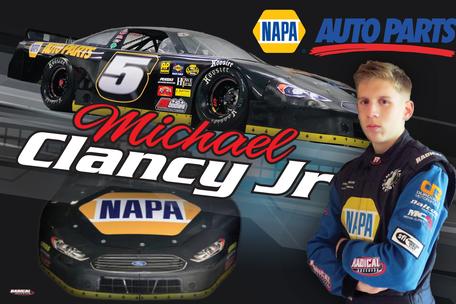 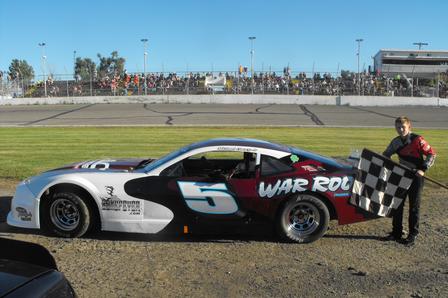 We are now locked into the Championship race  at Winchester Speedway. Highest finisher of the four championship contenders wins the CRA Jegs All Star Tour Championship. 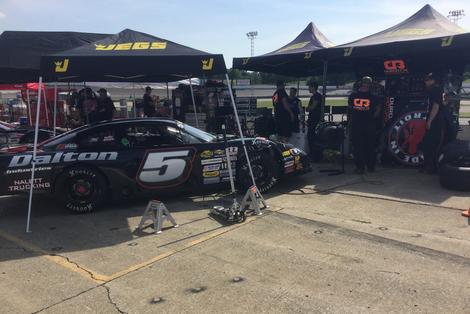 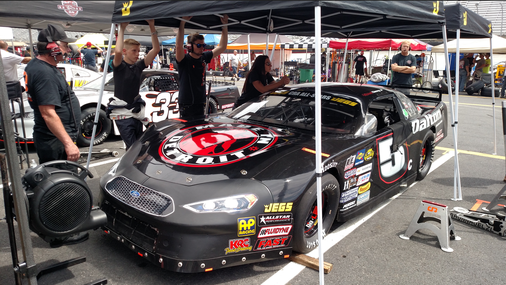 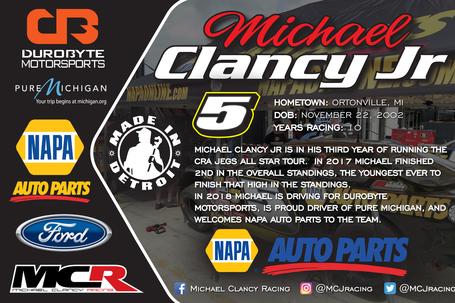 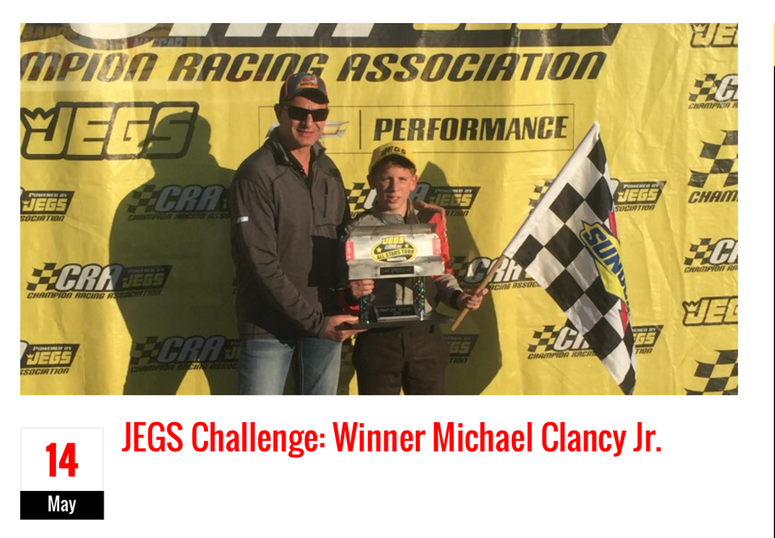 What a weekend at Bristol. This was my first race with my new team Durobyte Motorsports and crew chief Jimmy D. Smith and crew. I have never been with a team that worked so hard day in and day out. We ended up getting turned in the race, but we were bad fast all weekend. I can't wait for Missouri in two weeks.